Happy season of love! I hear lots of people kvetching about the month of February and the persistent winter, but for me, February has always been celebratory. It’s a season of birthdays – presidential and familial. And right smack in the middle, we get twenty-four hours devoted to the most driving force in all the world. We ought to celebrate love all day every day. But lest we forget, Valentine’s Day helps us remember the sweetness and beauty of loving. Have I made a case for why February makes me happy?

Okay, how’s this? Today is my birthday! And I have just enjoyed a chile relleno lunch with margarita and an ice cream cone – in the middle of the day. Plenty of reasons to be happy.

I’ve been a happy reader this winter too, especially when perusing a current volume as it perches perilously over a steaming tub. I’m a fan of long soaks on a lazy Saturday afternoon when I can immerse myself in someone else’s story – which I’ve been doing a lot this winter. Aaahhh! Here are some highlights!

You might remember how big an Elizabeth Berg fan I am from previous Salutations. Things have not changed. I liked this one so much that I gave serious thought to choosing it when it’s my turn to host my book club. What a wrought decision it is to choose a book for the best readers I know! In the end I opted against this third book in a series. If they hadn’t read the first two, would it stand up? I will recommend the package though. Warm, real characters facing real, complex life challenges. What’s not to like? I know from following Berg on Facebook that she’s working on a fourth book about Mason, Missouri. Yea! 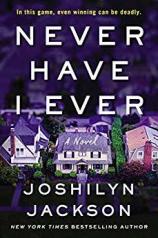 And here’s the book I did choose. I’m a Joshilyn Jackson fan too – for her quirky, damaged characters and the intriguing ways they navigate under, around, and through their pasts to find…what they find. Jackson says that Never Have I Ever is something different for her, perhaps because Amy already found a great life – and now it’s under threat. It’s a twisty process with crisp, evocative writing, and fully fledged characters. I loved it. And I hope my book club does too. The pressure!

There’s good reason for my book-club-choosing-stress when fellow member Betsy chose a winner like this one! What a story about choices that were taken from poor women in North Carolina as late as the 1970s! The poverty Chamberlain portrayed was palpable in a society where families’ only source for assistance – landowners and the welfare system – held all the cards – right down to choosing who would and who would not be allowed the basic right of bearing children. It’s a remarkable tale – all the more so because it is based on actual events. This was a book that raised a long and lively discussion! 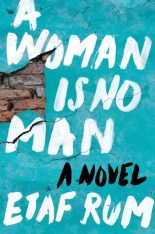 After three gems in a row, I guess I was due for…something else. I felt as beaten down by this story as the three generations of Palestinian women who populated it. I have no doubt the repression that Rum wrote of is all too real for all too many. And it was exhausting to read. I kept searching for some ray of hope – that at least the women who kept holding other women down might change. Wan inklings of that hope did eventually appear, but so late in the book that they weren’t enough to give me confidence in that hope.

Perhaps after slogging through Rum’s novel, I needed a return to an old and faithful friend. Who better to count on than Mary Stewart? I prefer my tattered copy of this book – no jacket cover – over the only cover pic I could find to show you. There’s more sparkle and grandeur in my image of the Valmy estate – along with the misty menace Stewart’s heroine encounters there. I’ve devoured all Mary Stewart’s books a dozen times or more, and will likely do so again. She’s a remarkable writer and if you haven’t read her before, do yourself a favor. You won’t be sorry. Keep an eye out for young Phillipe in this novel. You might see character like him again someday… Stay tuned.

From my old shelf to the library’s new… This was an entertaining look-see into academia. Professor Jay Fitger’s writing, after an early success, is now mostly confined to letters of recommendation though he’d be the last person I’d ask. Aptly portrayed on the cover, our hero is a curmudgeon who’s burned many bridges in his small college, and he keeps on burning – often in the same letter with which he hopes to curry favor. The letters are witty and wry, if a tad wearisome after the first dozen, and they lead toward an understanding of a personality and a career that hasn’t yet lived up to Fitger’s personal expectations.

That’s right. It’s another Joshilyn Jackson – one I’d already read but couldn’t place by the title. So I read it again – happily. And yes, I do see the difference between this one and Never Have I Ever. And I like both. A lot. Paula Vauss is about as prickly a character as you’ll ever meet and unabashedly herself. I’d like to be her friend – enough so I feel proud of the choices she eventually came to. I’ll say it about her too. If you haven’t read Jackson, do yourself a favor.

I read this one for my ‘other book club’ last month and forgot to include it in January’s Salutations – maybe because I didn’t love it. Mom’s a dedicated hoarder who raised four children who go beyond quirky to downright odd. The mix of oddities grew to feel as cluttered and confining as…a hoarder’s house. The mother was the oddest of the odd, certainly, and we get insights into why that particular hoarder hoarded. Author Jewel did inspire a few gotta-throw-stuff-away urges, but I thought the ending was way too pat. I don’t see any family healing rifts that deep so easily. Not these odd ducks for sure.

I liked Kelly Harms’ novel about a librarian on holiday. She wrapped up deep questions about marriage, motherhood and self-care in a lot of chick-lit-style fun. Who wouldn’t enjoy stumbling into a magazine-sponsored makeover where you get a cool new hairstyle, brand new wardrobe to replace your customary mom-jeans, a free place to stay in NYC for the summer, and a romance with a hot librarian? But since all the characters except Amy’s teen-aged children are truly grown-ups, the fun does include actual thought.

Wow. That was a lot of tub-time this month! And lots of good reading that has made me grateful – for the luxury of books, for the time and tub to read them in, and for the anticipation of a scrummy French dinner tonight. I’m grateful too for February when the sun remembers to act like it wants to be here, morning and night. I’ll be even more grateful when February’s drifts give way to blossoming snow-drops outside my office window.

One thought on “Salutations February 2020”